A piece of history comes to life! The Tirpitz, sister ship of the legendary Bismarck, was the largest battleship ever launched for the German Navy. After the commissioning in February 1941, the Tirpitz soon became a permanent threat for the Western Allies? Navy in the Northern Atlantic. History tells of many attempts to destroy this mighty weapon-loaded colossus. After the Tirpitz was heavily damaged by air attacks from the British Royal Air Force in September 1944, the ship was placed stationary at the Norwegian coast at Tromsö. Once again, the Tirpitz was the primary target for heavy attacks of the Royal Air Force. Then, on November 12. 1944, the Tirpitz was hit by special "Tallboy bombs", which caused the ship to roll over in the shallow water.

Shortly after WW II, a Norwegian specialized company began to explore the wreck and to obtain the high alloy steel for further civil use. Scientists were very interested in this material as it was used in research and development of measurement technology and even in the astronautics industry. Especially for Boker, Norwegian divers have now retrieved parts of the special armor of the Tirpitz from the Fjord. These pieces of living history are being exclusively forged by our Damascus forger to an extraordinary Damascus steel with an exciting background. The pattern "Great Pyramids", with more than 300 layers, adorns the mighty 4" blade and makes this piece the highlight of any collection. The combination of the Tirpitz steel and carbon tool steels also creates an extremely rugged Damascus steel which has a hardness of 61 to 63 HRC and can handle any cutting task with ease.

The handle, made of high strength AlMgSi1 aluminum (with Silicium, making it a much higher quality than standard AlMg3), is hardcoat anodized and provides a firm and secure grip. The reversible clip allows for tip-up or tip-down carry. For the handle inlay we chose domestic walnut, which has a long history as shaft wood for German rifles due to its superior characteristics. This eye-catching inlay also features the original Tirpitz crest. This knife combines history, tradition and modern technology in a more than unique way. Comes complete in a presentation box with a certificate of authenticity and is serial numbered. 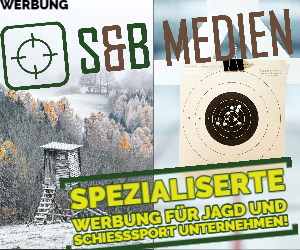